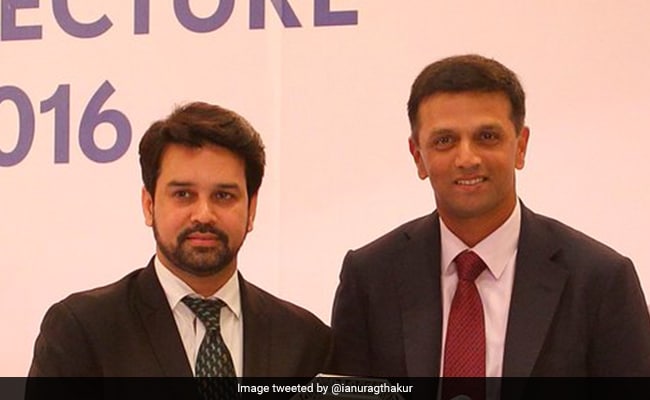 India’s head coach Rahul Dravid will be participating in the Bharatiya Janata Party (BJP) Yuva Morcha’s National Working Committee session in Dharamshala scheduled to be held from May 12 to May 15, BJP Dharamsala MLA Vishal Nehria said on Monday.

Speaking to news agency ANI, the BJP MLA said that BJP president JP Nadda, other party office-bearers and Union Ministers will also be present for this event.

Chief Minister Jai Ram Thakur will also participate in the three-day session. As many as 139 delegates from across the country will register their presence in the session.

“The National Working Committee of BJP Yuva Morcha will be held in Dharamshala from May 12 to 15. The national leadership of BJP and the leadership of Himachal Pradesh will be involved. BJP National President JP Nadda, National Organisation Minister and Union Minister will also attend the session,” Mr Nehria said.

“Indian cricketer Rahul Dravid will also participate in this. Owing to his success, a message will be given among the youth that we can move forward not only in politics but also in other fields,” he added.

This comes ahead of the Himachal Pradesh Assembly elections, which are slated to be held this year.

In the 2017 Assembly Election result, BJP won 44 seats – well past the halfway mark of 35 – while the incumbent Congress got 21 and others got three seats of a total of 68 Assembly seats.