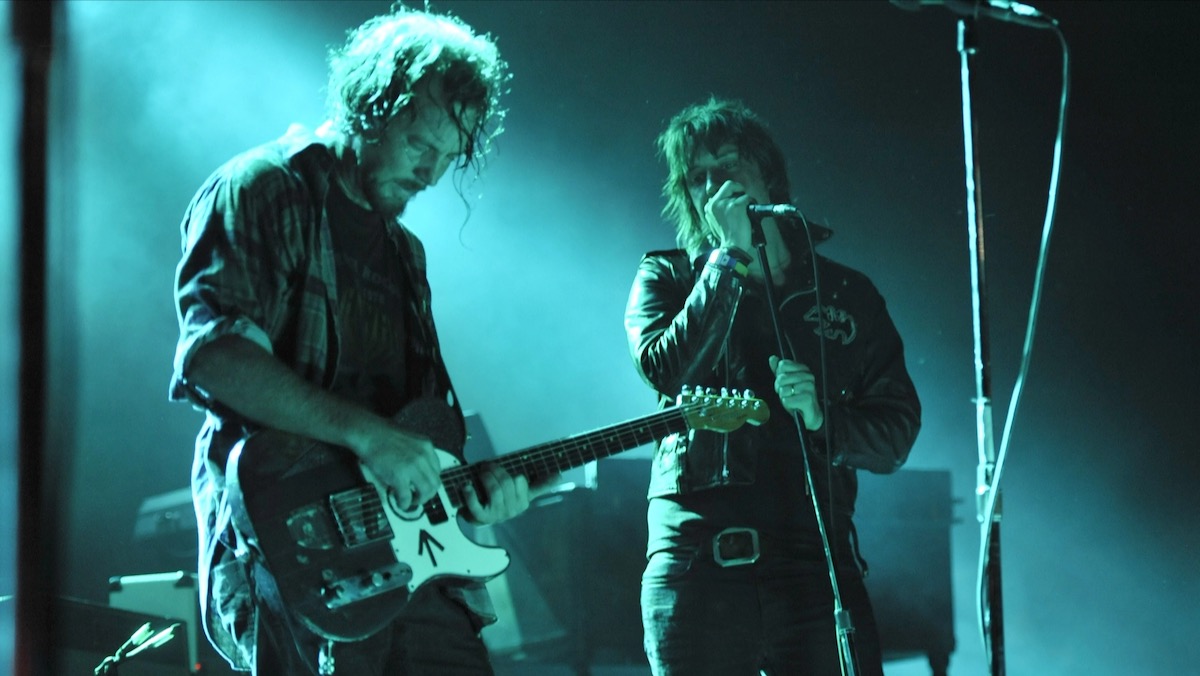 The Strokes played the first of several shows opening for Red Hot Chili Peppers at Seattle’s T-Mobile Park on Wednesday night. As luck would have it, Eddie Vedder was back in town following Pearl Jam’s own recent European jaunt, and he sat in with The Strokes for a performance of “Juicebox.” Watch fan-captured footage of the on-stage collaboration below.

The Strokes and Vedder have shared the stage on numerous occasions, including at PJ20 in 2011 and at Ohana Fest in 2019. Vedder and Queens of the Stone Age’s Josh Homme also collaborated with The Strokes on a 2006 cover of Marvin Gaye’s “Mercy Mercy Me.”

It’s great to see Vedder back in action, as Pearl Jam were recently forced to cancel several shows on their European tour after the singer’s voice was damaged by wildfires in France. He and Pearl Jam are due back on the road in September when they launch a new leg of North American shows (get tickets here).