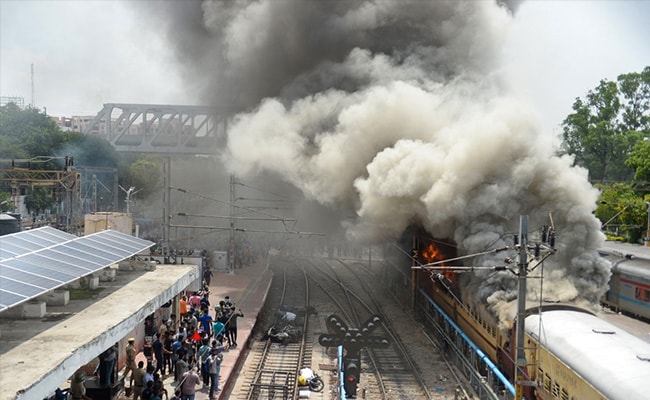 Massive protests have erupted across the country against the new short-term military recruitment scheme.

Madhya Pradesh Chief Minister Shivraj Singh Chouhan’s assurance for armed forces recruits marched out with pink slips under the ‘Agnipath’ scheme failed to sway angry protesters on Friday as violence, vandalism and arson continued to rage in parts of the state.

A day after intense clashes and stone-throwing in Gwalior, violent protests were reported from the Laxmibai Nagar railway station in Indore.

Protesters blocked two trains and left at least five policemen injured – including a sub-inspector who was hit on his ear with a stone. Soldiers from the army were called to guard the Mhow cantonment town in Indore to stop rampaging mobs.

“Soldiers who serve under the Agnipath scheme will be given priority in recruitment in Madhya Pradesh police,” he had said.

But his promises have been questioned by ex-servicemen who have been on protest since April, alleging the state government has abolished the 10 per cent reservation in the police for former army personnel this year.

Some ex-servicemen have also approached the Madhya Pradesh High Court, which has issued notice to the state government and Madhya Pradesh Public Service Commission (MPPSC) for not giving the benefit of reservation to retired army men.

In a petition, the petitioners claimed that ex-servicemen did not get what was promised to them in the MPPSC-2019 recruitment. Under the norms, ex-servicemen enjoy relaxation in physical standard tests for recruitment in the state police force.

Ten percent of vacancies are reserved for them in Group ‘C’ posts and 20 per cent in Group ‘D’ posts. They also get priority in allotment of industrial plots, sheds and Fair Price Shops.

Recently, over 30,000 aspirants applied for 6,000 posts of constables in the Madhya Pradesh police. According to the rules, around 600 seats were to be reserved for ex-servicemen, but only six were selected.

Lawyers for the petitioner Narinder Pal Singh Ruprah said, “I presented the first petition on behalf of Ajit Singh and 32 others, in which I alleged that not a single ex-serviceman was selected in the whole of Madhya Pradesh, which is illegal as per the rules. The reserved seats cannot be transferred anywhere.”

“If they want to do so, a decision will have to be taken that we are not getting ex-servicemen and there will be an order from the competent authority. Only then, the post of ex-servicemen can be given to the general category,” Mr Ruprah said.

“In the first petition, I had instructions that not a single candidate was selected from ex-servicemen. We also filed an RTI and got to know only six candidates were selected from entire Madhya Pradesh. It is very unfortunate,” he said.

“While 3,000 ex-servicemen were to be selected, only six people were actually taken. I filed a petition saying that this is wrong,” Mr Ruprah added.

Questions sent to the government on the charges went unanswered. Madhya Pradesh Home Minister Narottam Mishra, who oversees the police department, was not available for comment.

Massive protests have erupted across the country against the new short-term military recruitment scheme unveiled on Tuesday as job-seekers opposed the four-year tenure and none of the usual retirement benefits for 75 percent of those selected. 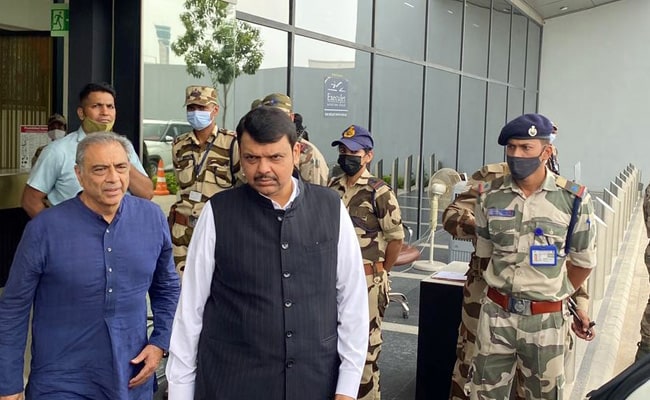