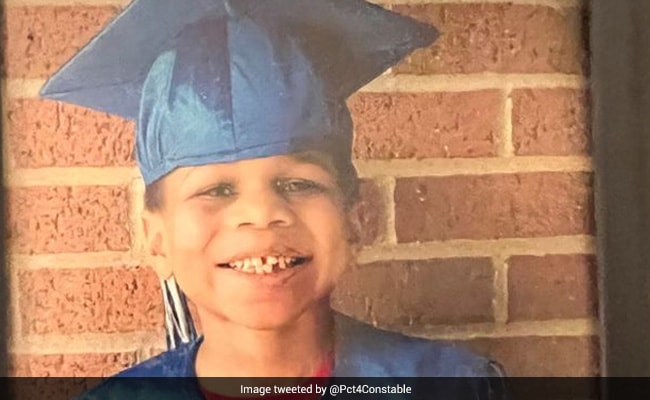 A criminal investigation is underway, the police said.

A seven-year-old boy in the United States was found dead inside a washing machine hours after his parents reported him missing on Thursday.

According to Fox News, the boy identified as Troy Khoeler from Texas was first reported missing around 6:30am (local time), at which time he had been missing for 2-3 hours. His father was at home during the time, while his mother returned from a night shift at the hospital and was still in uniform when police arrived.

The cops informed that Troy was adopted in 2019. They are still investigating the incident. No charges or arrests have been made yet, the outlet reported.

Separately, as per the Independent, the seven-year-old was discovered in the top-load machine in the garage of his house in Texas. The officials did not reveal any information about the cause of the death of the boy or if any foul play was suspected.

“We don’t know what happened, but we intend to find out. Whether he was killed by the washing machine or killed and placed in it, we’re just so far from that, I can’t comment,” said Harris County Sheriff’s Office Lieutenant Robert Minchew.

Further, Mr Minchew informed that the boy was fully clothed when they found him. “A criminal investigation is underway please avoid the area. We ask for everyone’s prayers for the family,” the police said in a statement.

As per the outlet, the parents were taken in police patrol cars for questioning in the case. Mr Minchew told reporters that Troy lived alone in the house with his parents. He was adopted in 2019 but had been previously living in the home as a foster child. Mr Minchew also went on to add that there is “not a lot of history” of calls from the house that cops investigators could fine.